so.
i was thinking.... maybe it's not too crazy putting some photos on here for my far-away friends. after all, i do want them to admire and then tell me how beautiful my children are. also, i might want to put some random writings on here. or not.
when Þorsteinn was born, i put up this photosite (www.nonniogtota.shutterfly.com which i have now shut down)  and bombed it with photos every other week. now when Guðmunda has entered the world, i'm not so crazy. second child syndrome? im afraid so and it kind of bothers me.
so.
i was thinking.... maybe i should do something. i even looked at some sites that would be nice for some cute photo bombing. then i realized i already had a site. i even had many. so now i'm going to see what blogger can do for me with photos and stuff, it's been good so far with everything. we'll see.
happy new year :)
þetta skrifaði Unknown klukkan 11:02 1 ummæli:

Óskar is born in October 1998, making him almost 14 years old. He is grey, lazy, grumpy, extremely handsome and tired. Óskar is a cat. When Óskar first moved into the family, it was an apartment on ground-floor, quite different from his first home on 3rd floor downtown dangerous 101 Reykjavík. He grew very accustomed to this, although there were some disturbances from the neighbour-cat coming inside to eat his dinner. In the end the neighbour-cat got so fat that it got stuck in the window, but that is a story for another day. A few years back the household moved to a 3rd floor apartment and the plan was to get Óskar to retire from out-doors. Not so. After a week of crying and looking even grumpier than usual a decision was made to let Óskar walk up and down the steps to be able to continue his out-door life. Early September his enthusiasm for outdoors diminishes and come December he does not go out at all. The dark, cold and wet weather is not his cup of tea. As it should be with other inhabitants of Iceland, during the winter months Óskar concentrates on sleeping and eating. Mostly sleeping. In a good day he can be found sleeping for up to 20 hours, only taking necessary brakes to pee and eat.
This is called dedication.
Óskar does not like to sleep in the same place many days/nights in a row, cleverly so. But for some strange reason Óskar’s family members once tried to make him ‘a bed’ from an old card-box, a soft pillow and a black shirt that used to be nice until it got clawed (which is a story for another day). To say the least, this was frowned upon and not even looked at for days. Instead Óskar used this opportunity to climb inside a wardrobe and sleep cosily on some freshly washed skirts, leaving a rather thick layer of fur behind. Óskar has also been found sleeping in the living room sofa (but only when other people could possibly want to sit there), chairs, Ikea laundry bags that makes a terrible noise, the bathroom floor and behind curtains. One of the curtains in the apartment is specifically made for blocking sunlight, so they are especially thick. This has been Óskar’s favorite spot for some time, mostly because his snoring sounds noticeably louder from back there.
Another thing Óskar has dedicated his life to, is keeping himself significantly clean. When not sleeping or eating, the changes of finding Óskar cleaning himself are overwhelming. Being a cat with not so much likeness of water, the slow but efficient method of licking has proven to be the most successful. Even though every part of Óskar is spotless most of the time, there is no doubt that ‘the star’ is by far the cleanest body-part. Óskar’s family members know this because of his proud walk around the apartment after an effective wash.
Óskar recently got a little brother: the drooling, babbling, human kind of a brother and the family was curious to learn how this would fit into Óskar’s little perfect world of going out-doors, sleeping and eating. For a year Óskar stayed well away, at least when little brother was awake but now that the drool-monster is almost two and a little bit cleverer, Óskar is kind enough to let the little one pet him and even give him the occasional hug. So even though the years keep piling up, Óskar is still able to adjust to different environment. As long as he can go out-doors in the summer, eat… and sleep.

alrightie then!
off I go.
since this is the prologue it won't be long. just wanted to tell you (me included so i wont go rambling off later) how it's supposed to go down.
since i know about my tendency to be lazy and loosing-interest-easily-...y i'm only doing 12 topics. that's why i call it one.twelve.  i put the dots because im trying to be trendy. soooo.... i pulled the first topic and it is: 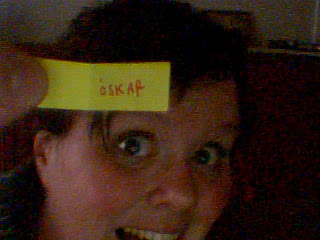 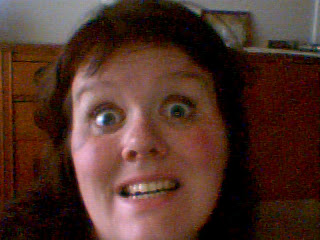 Lucy goes to the train

Lucy woke up at the sound of her own snoring and was shocked at how loud it was, almost like an animal. ‘No more pizza in bed’ she thought to herself and went to the bathroom. She looked in the mirror and noticed that her nose was curling up at the tip. She thought nothing of it, but hurried to gather up her things, the train would be leaving shortly and wouldn’t wait for nobody. When Lucy was putting on her shoes, her feet didn’t feel right… they were somehow much harder and smaller than she remembered. The toes also seemed to be unnaturally close to one another, making a weird gap in the middle. This definitely wasn’t right, but she was worried about missing the train so she moved along. The walk to the train was quite difficult because her shoes kept falling off and when wobbling into the train station, she suddenly had a weird itch on her lower back. She made it to the train on time but before sitting down next to a rather handsome gentleman, she reached down at the back of her trousers and let out a loud cry. Lucy had actually grown a short, curly tail!
‘Oh don’t worry about it’, said the gentleman with a warm smile, ‘it only appears that you are turning into a pig.’ Lucy looked around nervously and felt really confused.
‘Maybe it’s because of the weather?’ she said worried but took a seat.
‘Oh yes, definitely.’ Said the gentleman supportively and after a short silence took a small box from his jacket.
‘Mint?’
þetta skrifaði tóta klukkan 21:42 2 ummæli:

check this out, bro 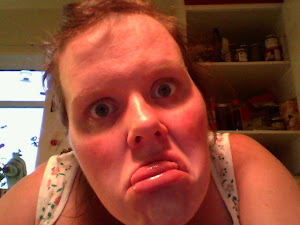